A sugar bowl is not just for the kitchen or dining room, right?!!

on the table in the great room. 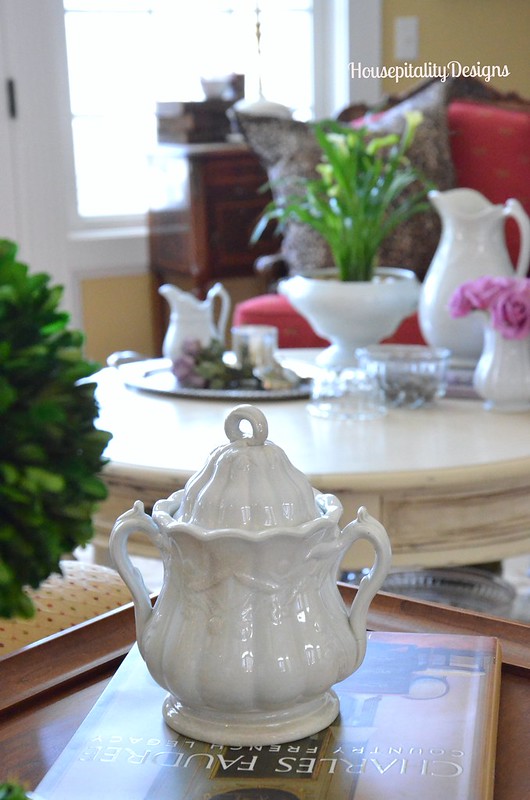 I told him it was because I love that sugar bowl

and it is in a place where I can see it more often. 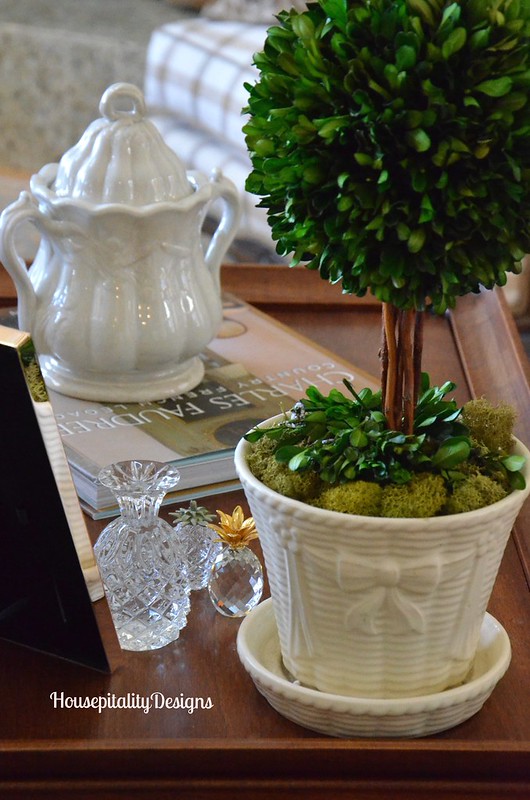 Now if I had placed some flowers in it,

maybe the question would not have been asked. 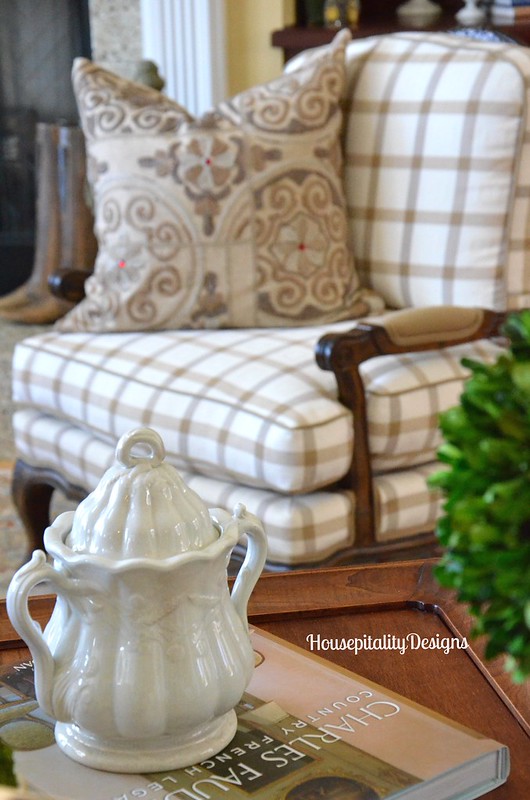 Maybe it could have been just regarded as a vase. 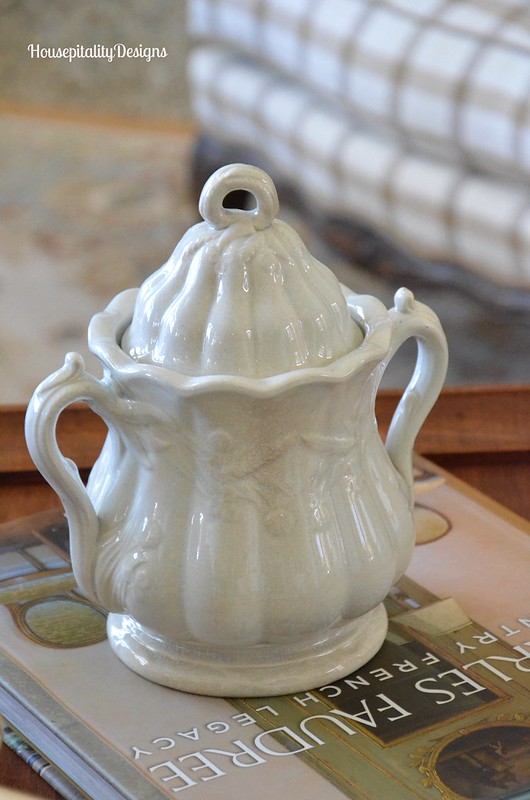 A beautiful arrangement of roses would have looked great in this sugar bowl,

however, there was no going to the store to get flowers, as we were snowed in. 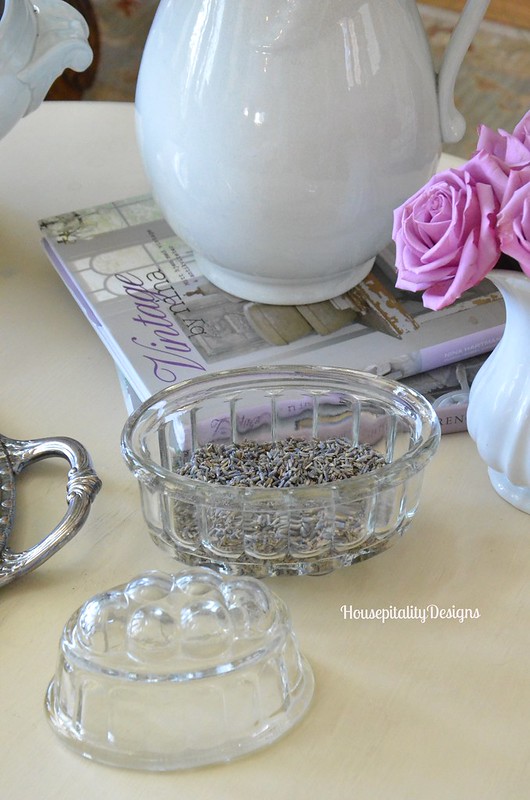 I did make sure that before Winter Storm Jonas made his appearance,

I went to Trader Joe’s for flowers and some pretty Calla Lillies for the coffee table. 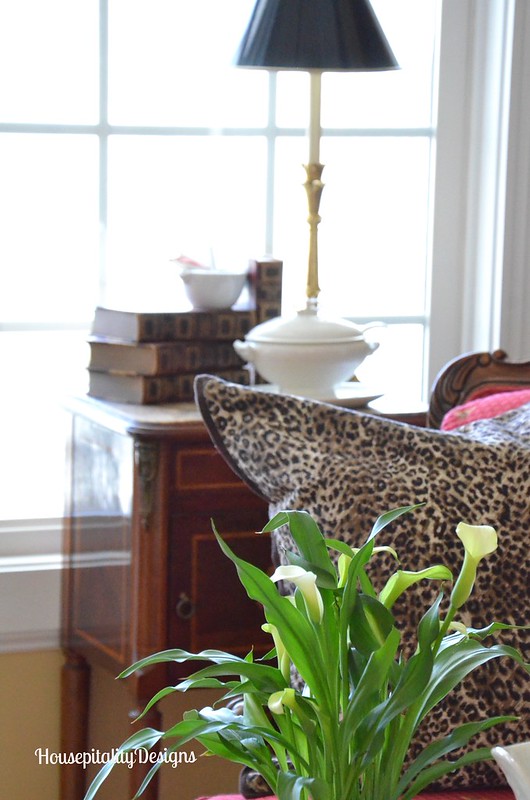 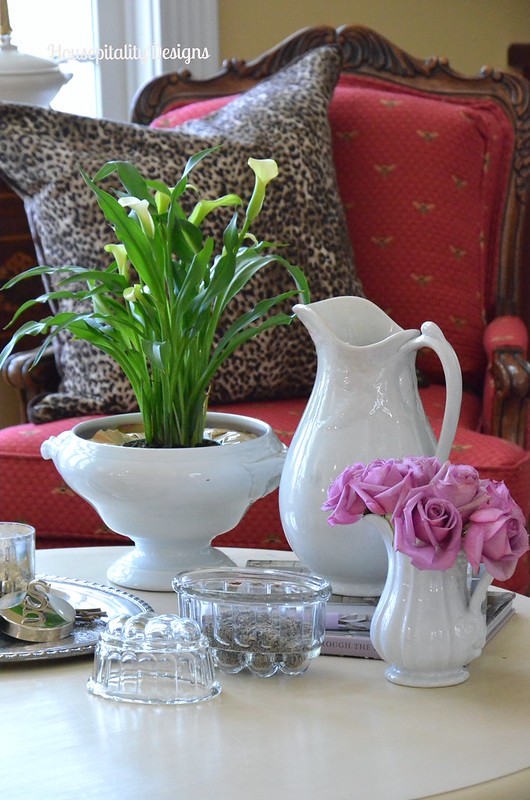 I did a few tweaks here and there this past weekend as the snow fell.

Moved around some pillows and other items and started refreshing the guest room. 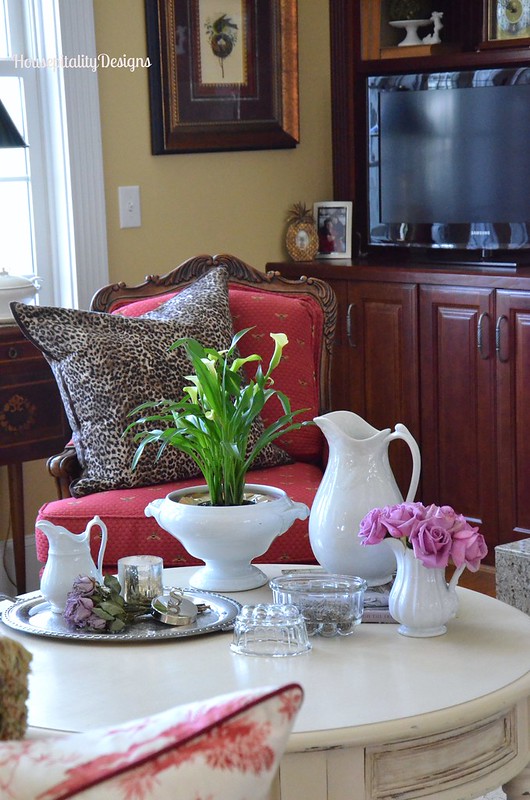 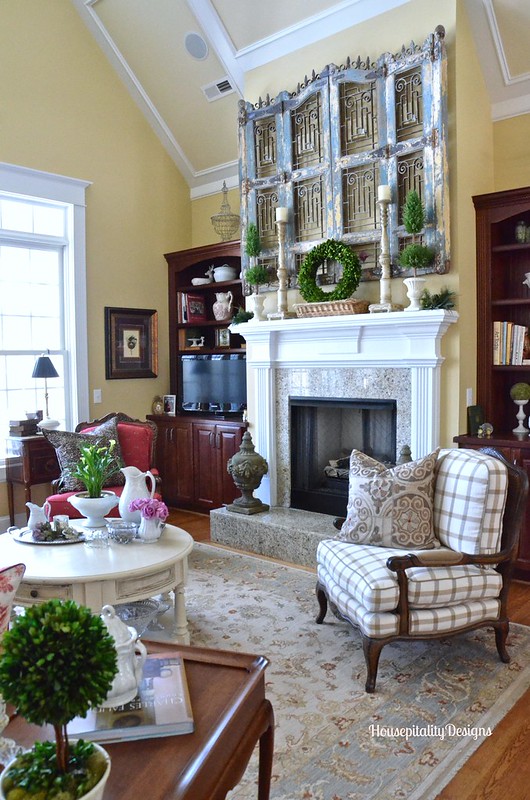 as we did not lose power.

What a glorious sight to see when the sun was rising

the day after the snow storm. 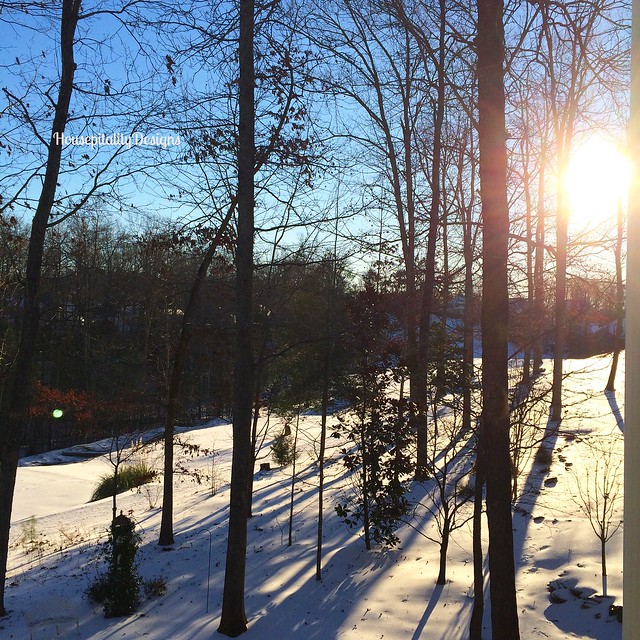 So what was on the agenda after the snow fall? 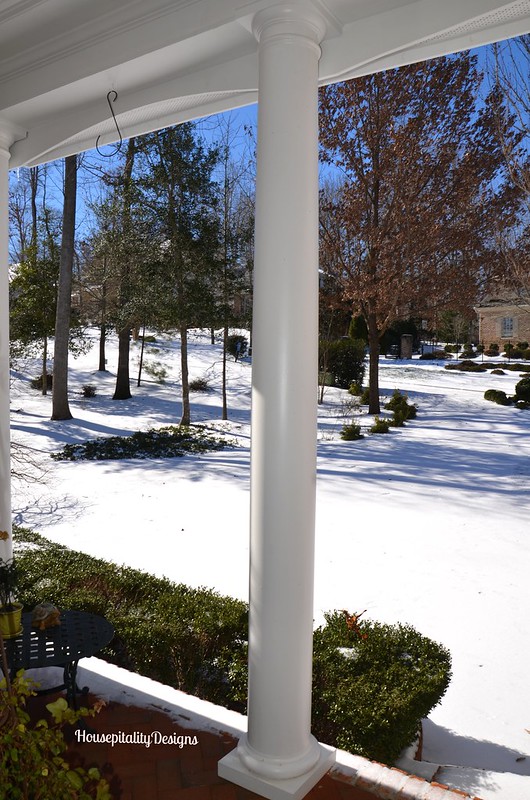 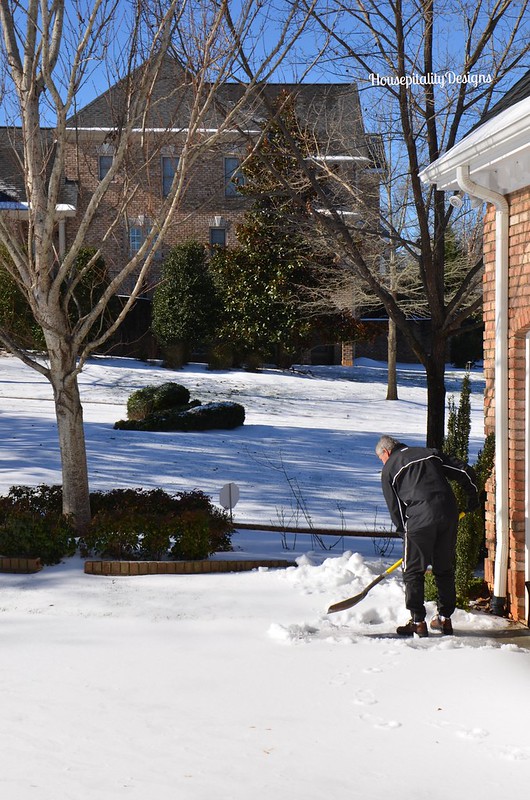 Soon after I took this photo, I grabbed a shovel and started helping him.

We got most of the snow,

however, a good portion of the driveway still had ice under the snow.

and most of all did not lose power.

Have a most beautiful day!

Previous Post: « The Sunroom, A Cheery Place in the Winter
Next Post: I am back and wearing new colors! »