Several years ago when my house was on a Christmas Tour for charity,

I decorated EVERY room in the house.

One of the things that we did was to put my favorite title/sentiment of the Season,

above the doors in the Media Room.

We used those stick on letters. When my hubby completed the project,

our granddaughter looked up with amazement.

She asked, “why was the name Virginia there? It should say Graylyn.”

I told her about the story of a little girl named Virginia. 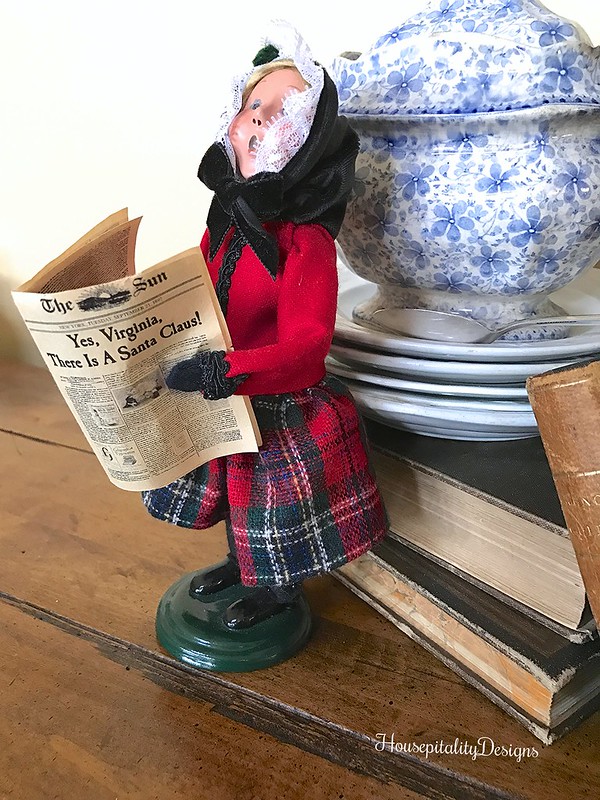 My hubby and I  both looked at each other, smiled, and quickly there was a change made. 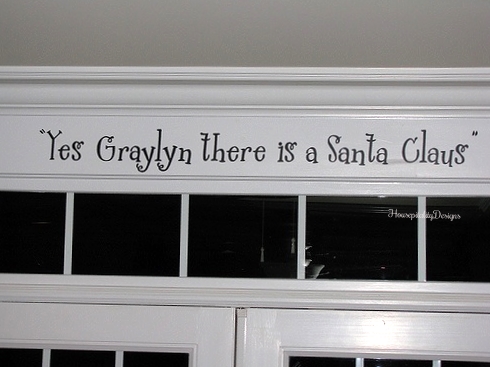 My Sweetie is 11 years old now. My has time flown by.

She may not believe now that Santa comes down the chimney or through the front door,

however, we all believe in the spirit of Santa, the season of joy and caring.

When they moved from one home to another, Graylyn was worried that Santa couldn’t find her,

so she wrote him this note: 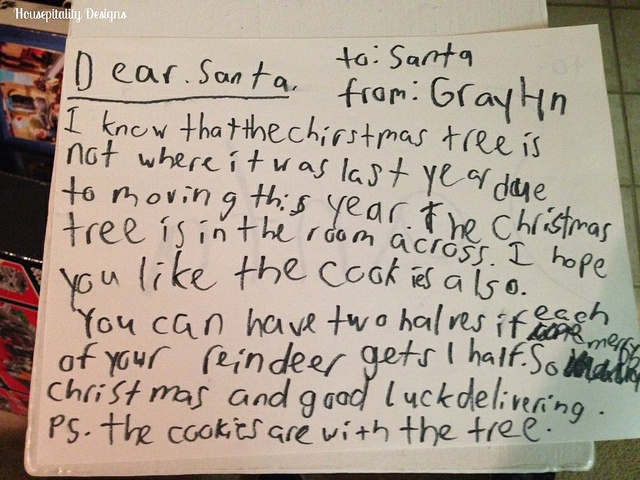 As I said, this is one of my very favorites stories of the Season of Joy.

In 1897, Virginia Hanlon was 8 years old and questioned if there was a Santa Claus. 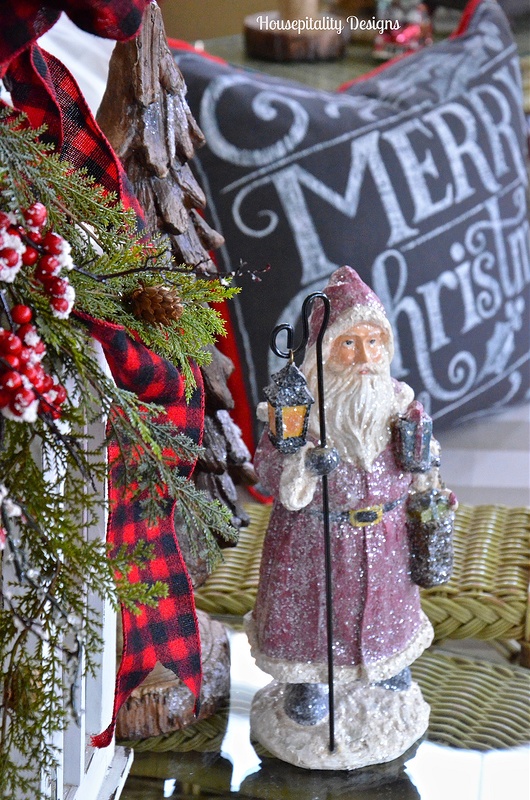 HERE IS THE EDITORIAL AS IT APPEARED IN “THE SUN”

119  years ago. Written by an veteran editor, Francis P. Church,

who was the son of a Baptist Minister.

Some of my little friends say there is no Santa Claus.

Please tell me the truth; is there a Santa Claus? 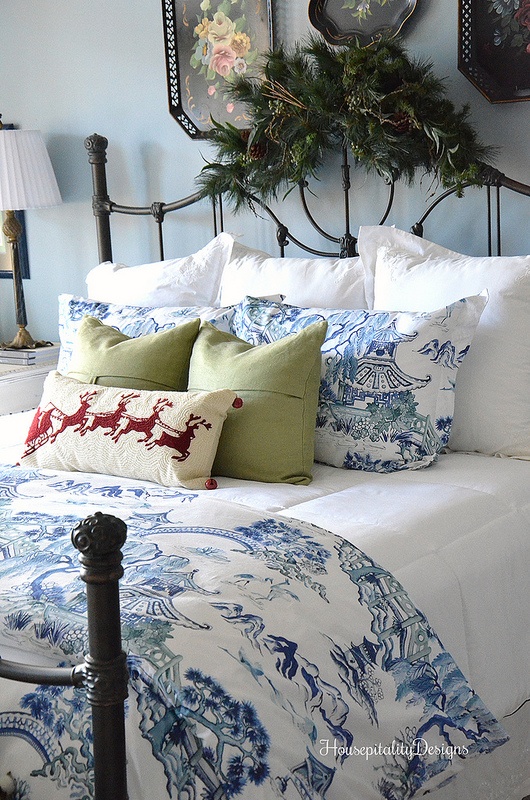 “VIRGINIA, your little friends are wrong.

They have been affected by the skepticism of a skeptical age.

They do not believe except they see.

They think that nothing can be which is not comprehensible by their little minds.

All minds, Virginia, whether they be men’s or children’s, are little. 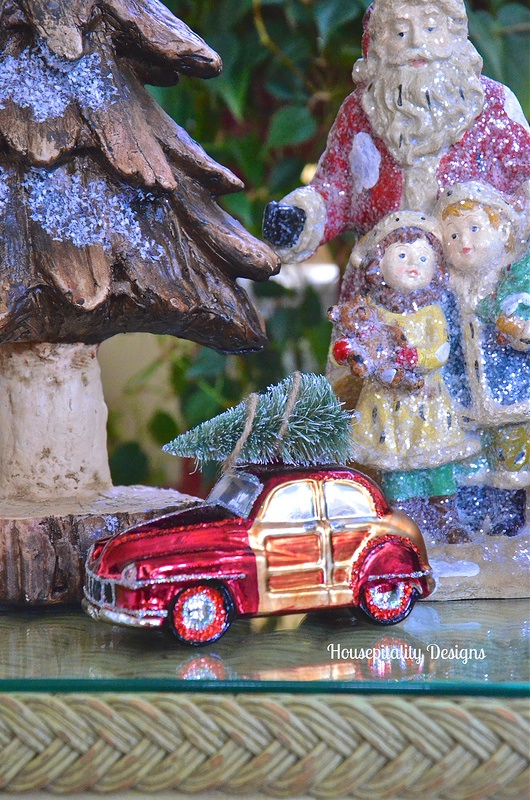 In this great universe of ours man is a mere insect, an ant,

in his intellect, as compared with the boundless world about him,

as measured by the intelligence capable of grasping the whole of truth and knowledge.

Yes, Virginia, there is a Santa Claus. 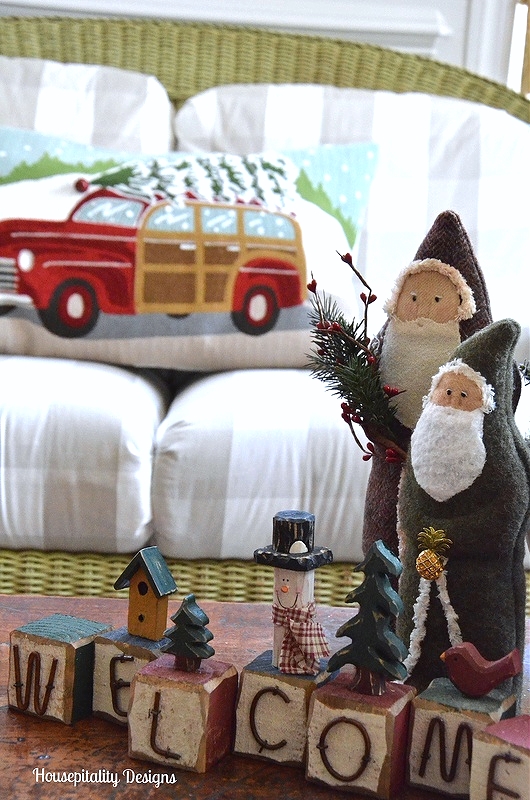 He exists as certainly as love and generosity and devotion exist,

and you know that they abound and give to your life its highest beauty and joy.

Alas! how dreary would be the world if there were no Santa Claus.

It would be as dreary as if there were no VIRGINIAS. There would be no childlike faith then,

no poetry, no romance to make tolerable this existence. 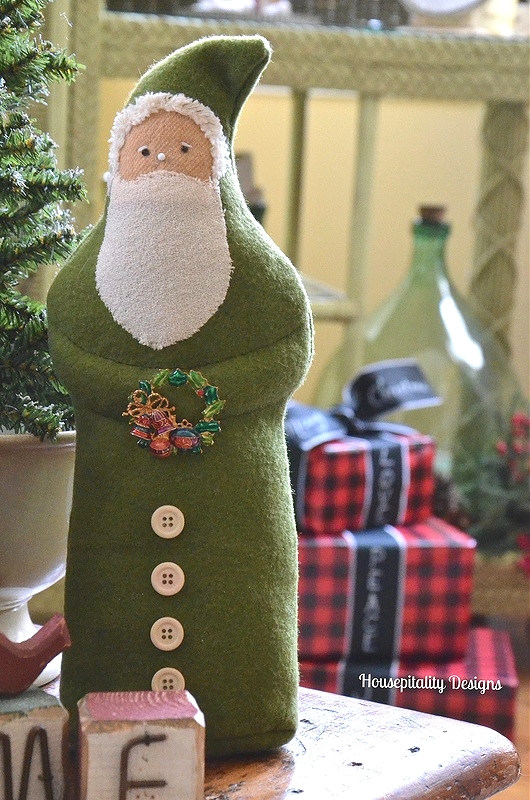 We should have no enjoyment, except in sense and sight.

The eternal light with which childhood fills the world would be extinguished.

to catch Santa Claus, but even if they did not see Santa Claus coming down,

what would that prove? Nobody sees Santa Claus,

but that is no sign that there is no Santa Claus. 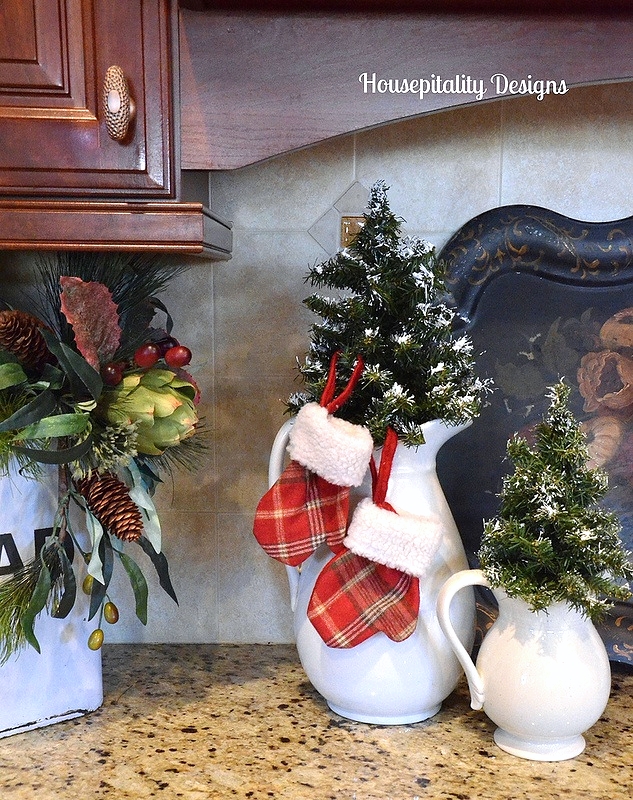 The most real things in the world are those that neither children nor men can see.

Did you ever see fairies dancing on the lawn?

Of course not, but that’s no proof that they are not there.

Nobody can conceive or imagine all the wonders

there are unseen and unseeable in the world. 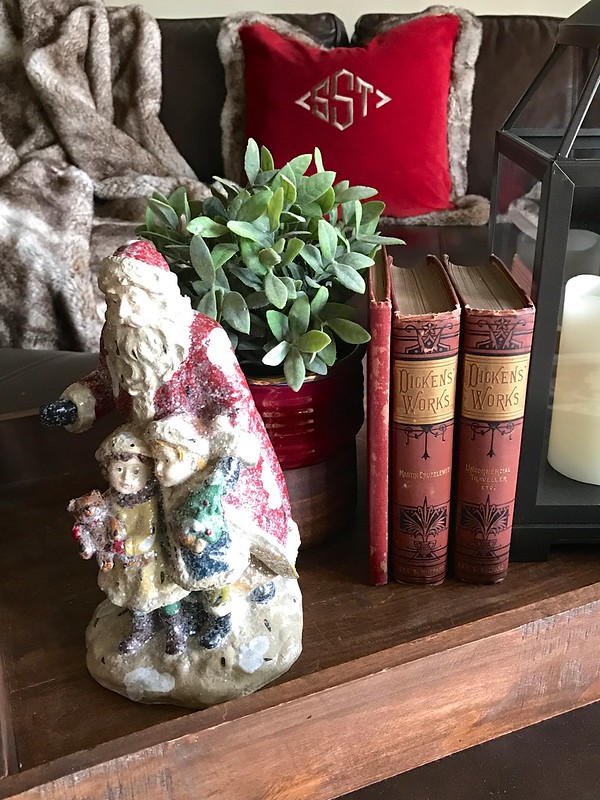 You may tear apart the baby’s rattle and see what makes the noise inside,

but there is a veil covering the unseen world which not the strongest man,

nor even the united strength of all the strongest men that ever lived, could tear apart.

Only faith, fancy, poetry, love, romance, can push aside that curtain

and view and picture the supernal beauty and glory beyond. 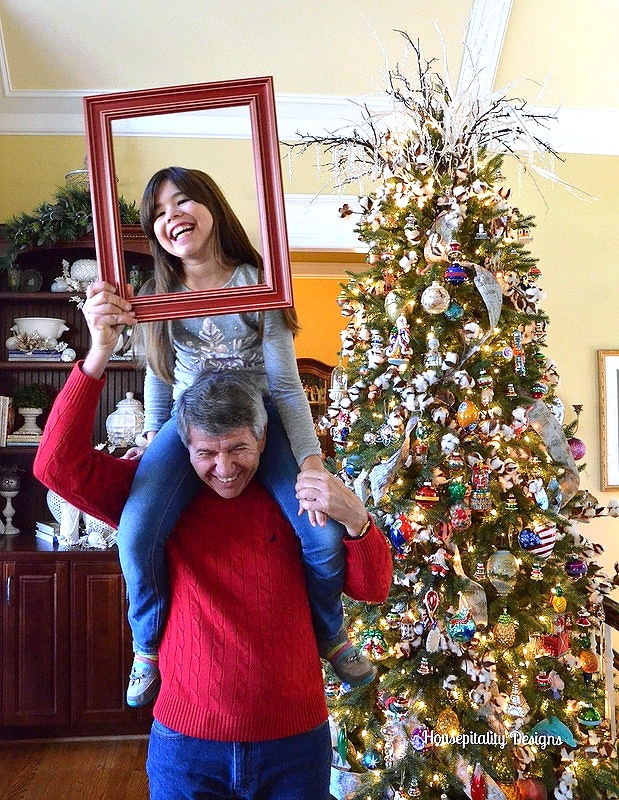 Is it all real? Ah, VIRGINIA, in all this world there is nothing else real and abiding.

Thank God! he lives, and he lives forever.

he will continue to make glad the heart of childhood.” 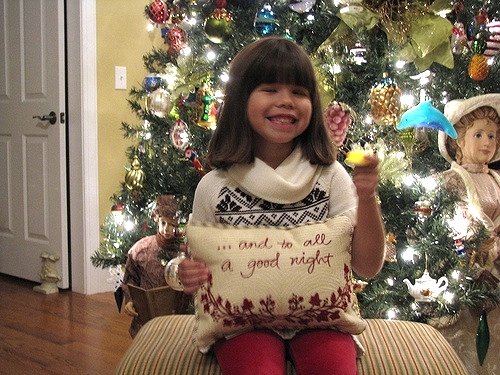 And the Heart of Childhood is one of the wonderful gifts of the Season.

Besides what the Season is really all about: 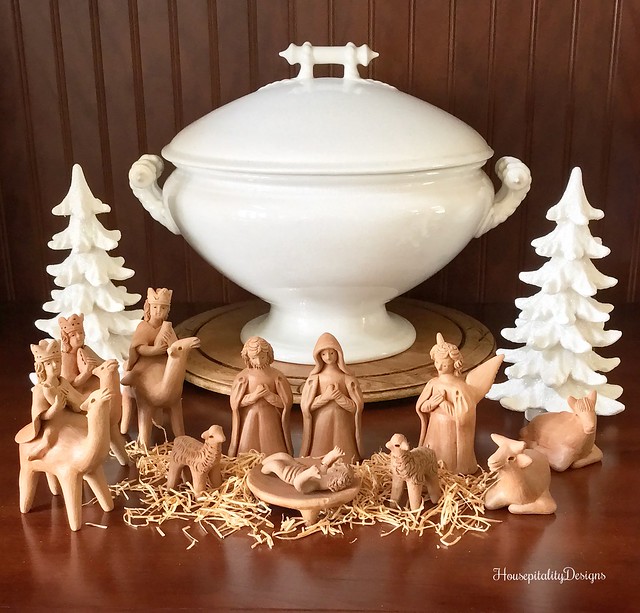 Here is how it looked last year with the tree in the background. 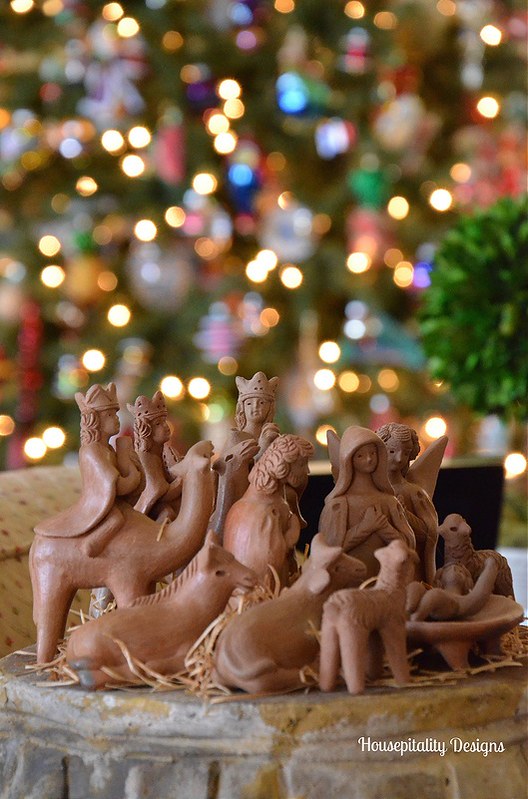 My family and I wish you all a most glorious Christmas

filled with all the Joys of the Season.

The season when we all have a child-like heart and WE BELIEVE!!!

Note: I am taking a little break to spend time with my family and friends this

Joyous Season. I wish you Joy and Peace!