The kitchen has been de-cluttered and somewhat staged.

I know rule of thumb to stage a kitchen

is not to have many things on the counter to accomplish a clean, fresh look.

However, as I have stated before, I take it up a notch or two,

needing some pretties to adorn a room and make you smile during the day!

and this is my simple kitchen decor using ironstone. 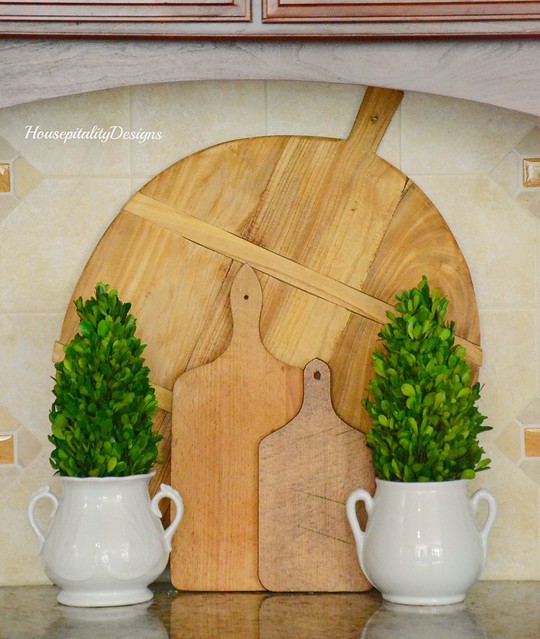 In each corner of the counter I previously had very large items,

a vintage breadbox and a large scale that I found during my France trip.

These were packed away and groupings of ironstone pitchers

were placed in each corner of the counter. 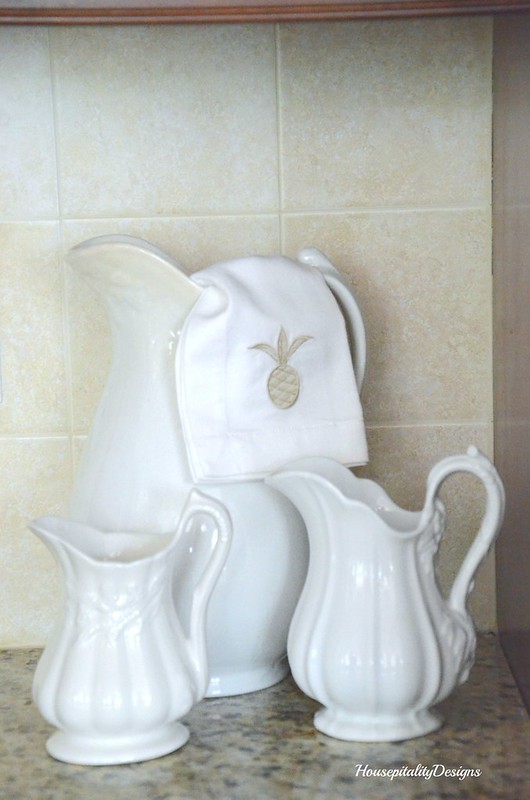 for added texture and interest.

to refresh your water glass with a crisp white towel hung over their arm. 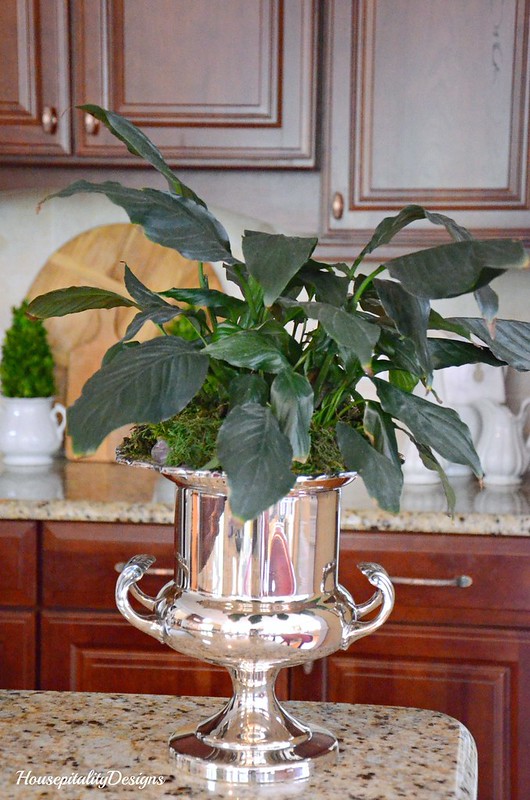 and storage was taken away and stored. I miss that table!

I had three scales in the kitchen that were all packed away.

containing a Peace Lily for that added bling in the kitchen. 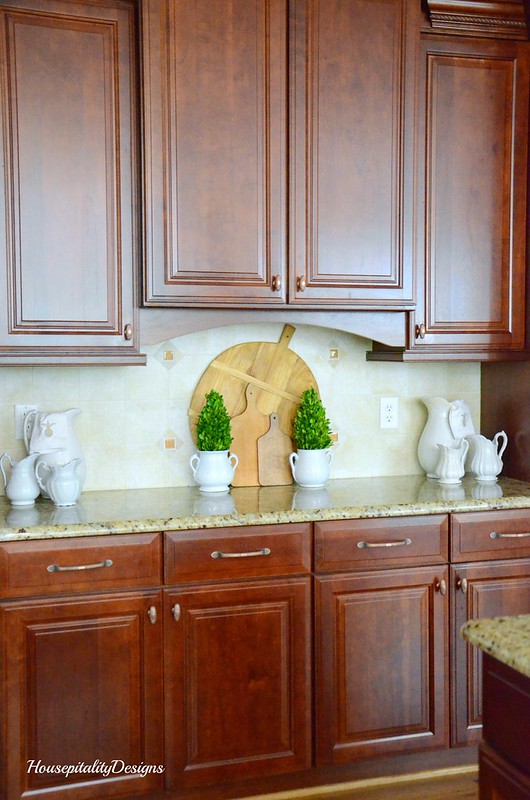 Because I did not want to completely leave the counters a blank slate,

I felt that the crisp white of the ironstone would promote a fresh, clean look.

And . . . back to the thought of having something pretty to look at! 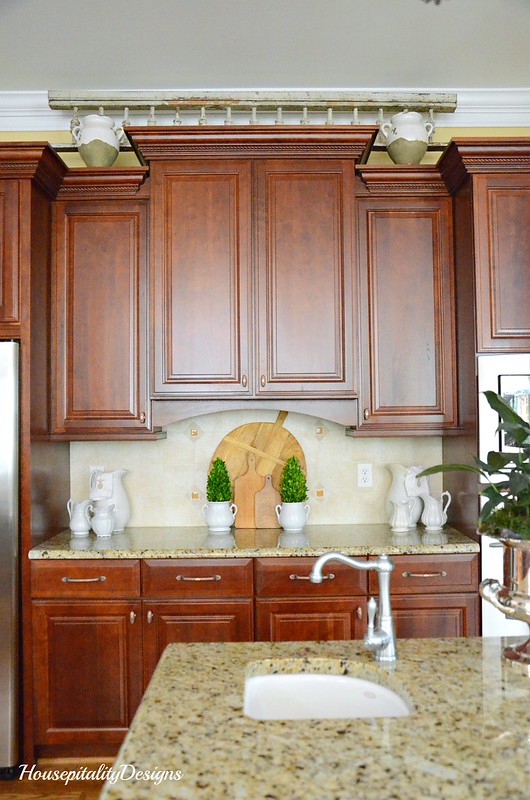 I just finished the other side of the kitchen,

and I will show that to you soon.

Hmmmm, maybe I need to remove the vintage architectural piece and those urns

that are above the cabinets. What do you think? Do they stay or do they go?

And while you are pondering the thought of the architectural piece and urns staying or going,

that I read on Michael Lee’s blog, Rattlebridge Farm.

“Plant a thought and reap a word.

Plant a word and reap an action.

Plant an action and reap a habit.

Plant a habit and reap a character.

Plant a character and reap a destiny.”

Previous Post: « My Soulful Home, A Year in Flowers and a Great Giveaway
Next Post: More Simply Stated Kitchen Decor »